After a massive restoration works the Center for Cyrillic “Slovo” (“Word”) opened in spring in pavilion 58 “Zemledelie” (Agriculture) on VDNH. This new exhibition and education space is dedicated to the history, present and future of the Cyrillic alphabet.


From word to text: book history, graffiti and messengers

Writing always reflects the most important ideas and values. Any written word is a little bridge between people of different times and cultures, invites them to a dialogue between each other and with themselves.

The visitor will find himself in a monastery cell and in the first Russian typography, will sit behind the desk in a school of zemstvo (country council), will listen to the psalms and decipher graffiti in an ancient church, will read text messages of citizens of ancient Novgorod. The development of Slavic writing from the ninth century to our days will unroll in front of the visitor’s eyes, gradually becoming part of the spiritual, secular and everyday culture of Russia.

The visitor will see the first alphabets, both Glagolitic and Cyrillic, will delve into the most ancient literature works of the country, will glance into the diaries of the past century, from the notes of Petrograd student girl to the childern’s memories of the August Coup events.


How we speak: past and present

Russian language does not consist merely of a school textbook and Ozhegov dictionary, it “lives” where we use it for everyday dialogues with each other.

Today there are many “Russian languages” which are mainly the same, but differ greatly in details. Our Center provides the information on the dialects spoken in various regions of Russia, explains the notion of the sociolects, uncovers the slangs that surround us. Sitting in a felt cocoon the visitor will listen to the folklore texts collected during the expeditions to the present-day Northern villages, while coming to the dark nursery one will take a closer look to the urban folklore: children’s scary stories of Soviet times.


How we write: language confined by letter

We all know the “S” letter to be the letter of the Latin alphabet, but few people know that once Cyrillic alphabet had exactly the same letter! It was called “zelo” ("ѕѣлѡ̀") and was used along with the letter "z" ("з"). In 1735 it disappeared forever from Russian alphabet.

How many more letters were lost and abolished during the thousand years of Cyrillic script? Why did they disappear only to return some time later? What new letters replaced those ones fading away?

Each letter has its own biography: scriveners and printers dressed these letters in different "costumes". The exhibition will walk the visitor through centuries of the Russian alphabet history, it will acquaint him with ancient handwriting and stylish fonts and answer the question: what exactly was invented by Cyrill and Methodius. 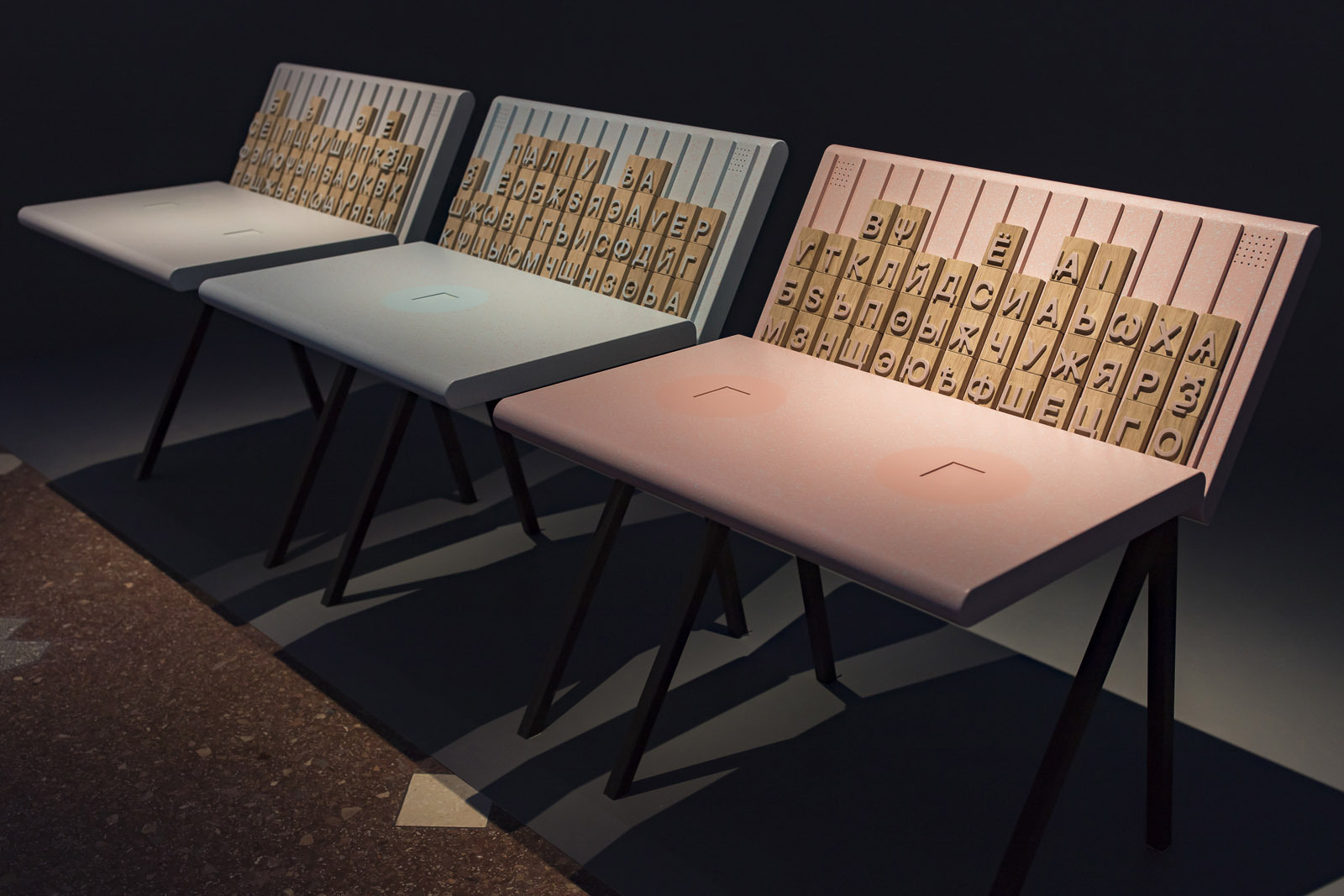 Choosing the path: how the exhibition works

The exhibition space is designed not by chronological principle but by history of phenomena so one can start his visit from any point.

First part of the exhibition tells about the origin and development of the writing from antiquity to the present day. The second connects the texts to the spiritual, cultural and political life of the Russian society. The third part displays both the history and the future of the main writing symbols – the letters. The final part of the exhibition, “Non-writing culture”, tells about the oral speech. Each hall has its own history navigator, a timeline of the history of written word in Russia and in the world.

One of the key aims of the Center is to set up a space for searching and creating words together. The pavilion is equipped with a large lecture hall that hosts a number of events each week: writer’s clubs, Church Slavonic language workshops, preparation for “Total spelling test”, calligraphy master classes, lectures on Ancient Russian culture etc. 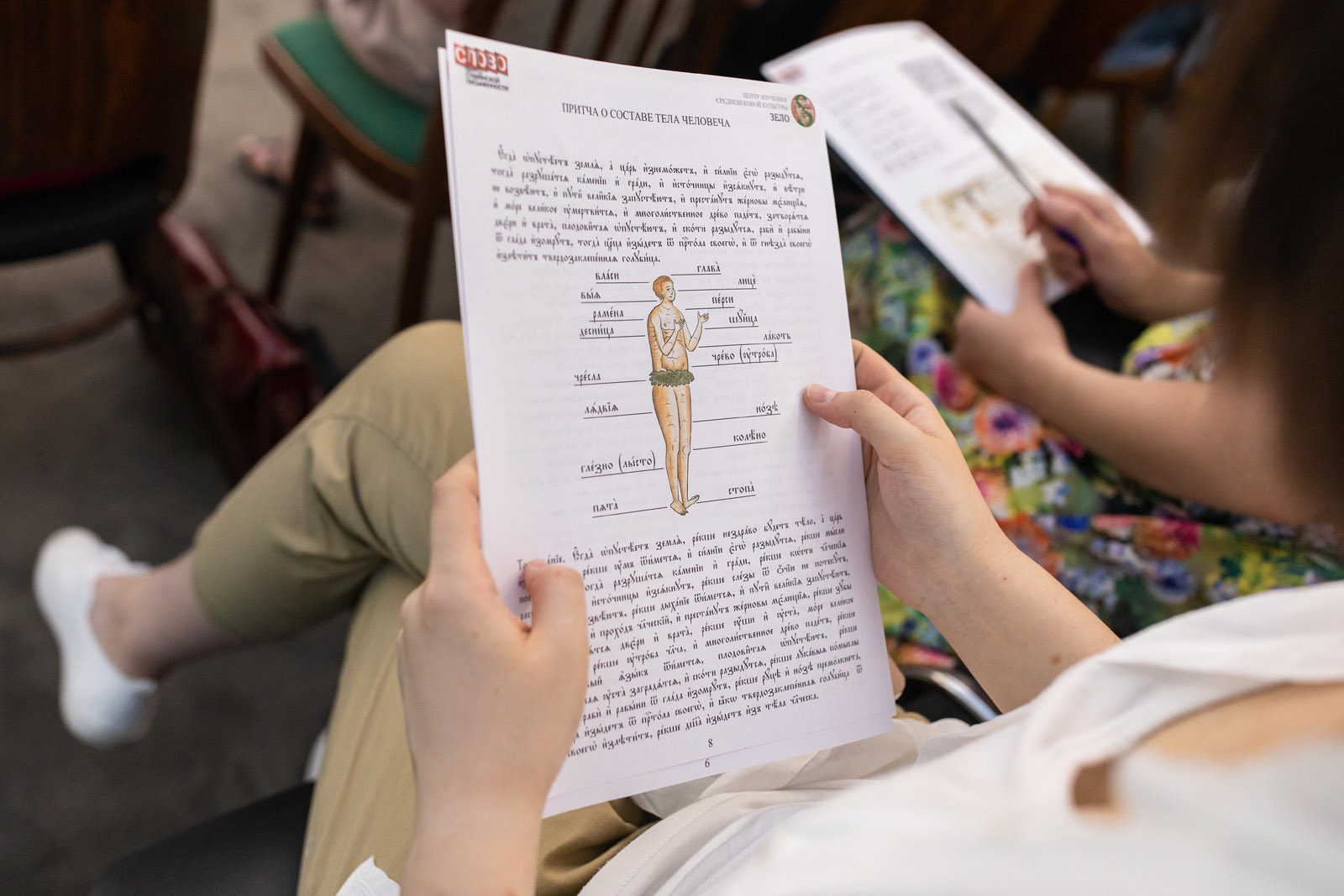